Amateurs Like Us: Lawyer Steven Tarshis Found Dressage And Hasn’t Looked Back

This article first appeared in The Chronicle of the Horse.

Steven Tarshis arrived in the dressage world somewhat by accident. Ten years ago, he started having problems with Equilaw Harkon, a Holsteiner jumper he found and imported from Germany. Although the young horse showed promise and athleticism, he had developed an unfortunate habit. 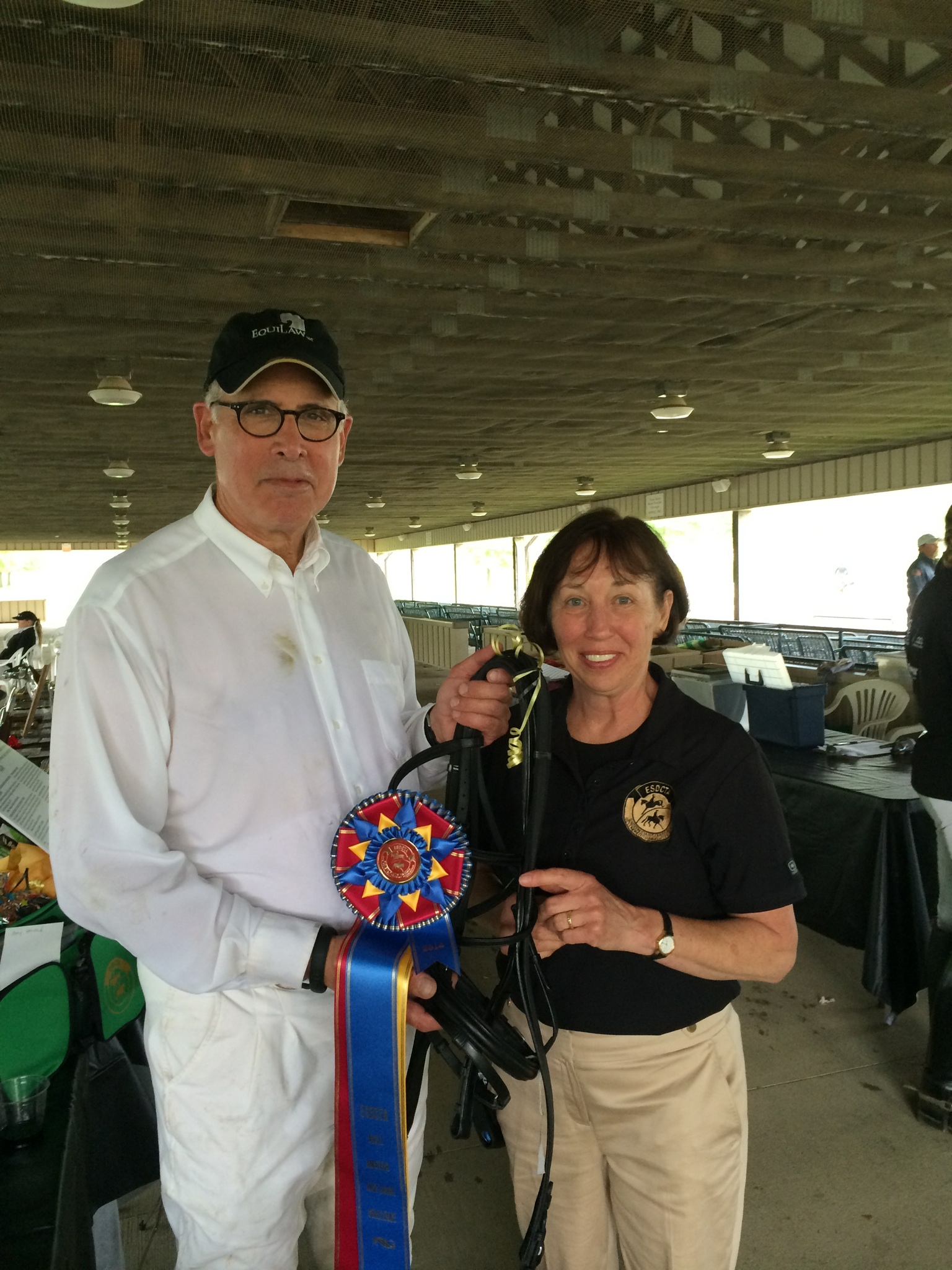 “Brilliant, gorgeous jumper, great bloodlines,” said Tarshis. “One little problem: he could jump the moon; he could jump a five-foot fence from a standstill. And he’d buck everyone off, including me. He must have bucked me off at least a dozen times, and I couldn’t get professionals to ride him.”

Tarshis had a dilemma. In the two years he’d owned “Harkon,” he kept the horse at his farm in New Jersey, a six-acre facility where his house overlooked the field, where the gelding expected to be turned out promptly at 10 a.m. and brought in at 5 p.m., and would stare daggers at the house until his wishes were granted. Harkon was polite and affectionate on the ground, and Tarshis had grown very fond of him.

“I loved him at that point,” he said. “He wasn’t bad, he just liked [bucking people off] because it was fun. I had a friend who was a dressage rider and said, ‘You know he’s not a bad mover. He might make a dressage horse.’”

Tarshis had some experience with dressage. He grew up in New York City, where his grandfather operated a delivery business off the docks using horses. He fell in love with riding as a child and competed for 10 years in combined tests and eventing, running as high as preliminary. When his demanding career as a lawyer made it impossible to keep up with the training and show schedule, Tarshis switched to hunters and jumpers, riding for 10 years on the East Coast circuit. He hadn’t given a thought to switching disciplines, until he realized it might be his best bet for keeping Harkon.

“I understood it was a very different discipline, I knew that going in. I just didn’t think it was very exciting,” he said. “I didn’t realize the emotional high you get from riding a great half-pass would be just as satisfying as the adrenaline rush of jumping a jumper course. I didn’t know that at first, but I realized it. I’m a lawyer, so working hard and seeing reward is something I can identify with.”

Tarshis began work with trainer Lauren Chumley, who is based out of Freedom Farm in Hunterdon County, N.J. Chumley trained and competed Harkon, and handed the reins over to Tarshis, who had spent years preparing in lessons to show the horse himself. The pair have their U.S. Dressage Federation bronze medal and are working their way towards silver, which Tarshis expects will come by the summer. Tarshis has fallen so in love with dressage in fact, that several years ago he purchased a young Oldenburg named Serengeti, who has been in training with Chumley. Now 5 years old, Serengeti, or “JJ”, has competed at Dressage At Devon (Pa.) and competed as part of U.S. Equestrian Federation’s Young and Developing Horse Program in 2015 and 2016. Tarshis and Chumley suspect they may have stumbled on something special in JJ. 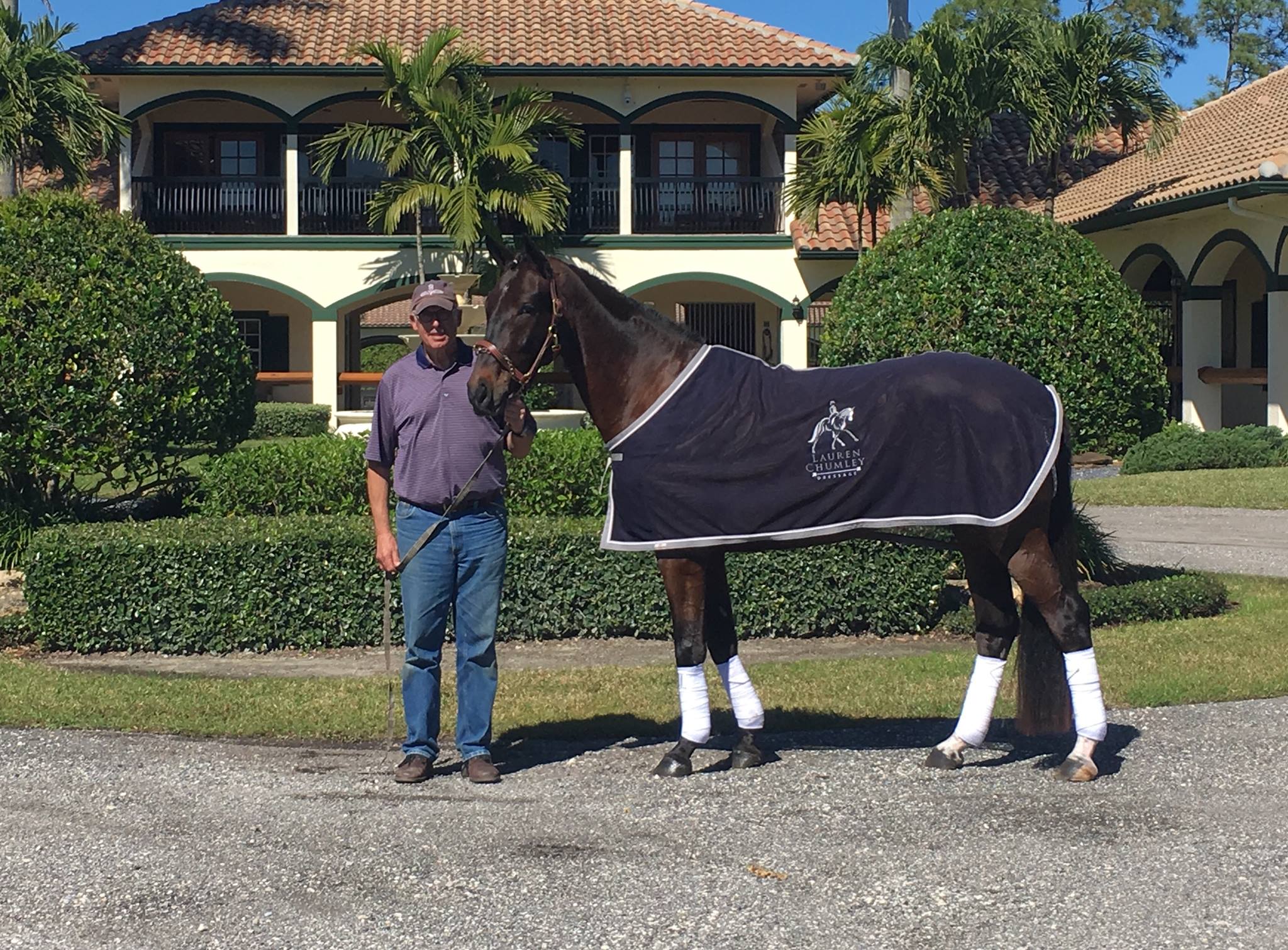 “I got very, very lucky and he’s a very, very special horse,” said Tarshis. “It’s a dream, and it’s a silly dream, but I joke with [Chumley] that maybe we’re going to Tokyo [for the 2020 Olympic Games] in a few years. You have to have your dreams.”

Tarshis’ expansion into another discipline has also broadened his horizons as an equine lawyer. He hits the road with Chumley and his horses in the winter, stabling and showing in Wellington, Fla., for the season, but it’s no vacation. Tarshis uses his experience as a competitor, owner, and event sponsor to help amateur and professional riders avoid (or untangle) legal issues, and many of them are on the road with him. Often, he struggles to help people understand that it may be cheaper to consult with a lawyer than to sort out an issue after things go south.

“Over the years, friends and other people have come to me, they know I’m an attorney, and say, ‘I have a question,’” he said. “There are a lot of people out there, and I saw it over and over, who are making very, very foolish decisions involving serious amounts of money that would get them into all sorts of problems. About five years ago I said, ‘There’s a need here.’ There’s lots of equine lawyers but with all due respect they’re not all horse people.”

In return, dressage has given this attorney a different perspective on success. Tarshis admits many lawyers are used to excelling, and often finding success out of sheer force of will. Horses aren’t known for accommodating this kind of attitude, and that’s been a great lesson for Tarshis. He and Chumley often joke that nothing is ever truly Harkon’s fault; even when Tarshis feels the horse is in a bad mood, Chumley reminds Tarshis it’s all down to him.

“Talk about humility and failure! That’s one thing that horses and riding competitively will teach you,” he said. “Especially for dressage, there’s no question, any rider will admit in a heartbeat that dressage is the most difficult and the irony is, to a layman, you’re just sitting there. It’s such a hard sport. It takes years to learn to do it well. There are things you cannot control, as much as you would like to. You’re not always going to win. You’re going to work hard and do everything right, and the judge is going to be arbitrary and say ‘No’ when you, in your mind, have been brilliant. And your horse has been brilliant. It’s life, and you deal with it, and you learn.

“You get failure when you don’t deserve it, and success probably when you haven’t earned it at times. Then you train and train, and the horse comes up with an abscess, and you can’t get to the show,” he continued.

Tarshis had a taste of that hard luck last year, when the cut-off score for wild card eligibility to the USDF Dressage Finals (Ky.) was set at 72 percent. Serengeti and Chumley got a 71.023 percent at their regional finals, just missing the mark.

No matter the ups and downs, Tarshis has no regrets about following Harkon into a new world. The bond they share makes it all worthwhile.

“My joke about Harkon is I hope I die before him, because I could not deal with it. I’m half joking,” said Tarshis, whose horses recognize the sound of his voice in the barn. “They’re my babies, and I love them. They’re my children. It’s a very, very close bond.”